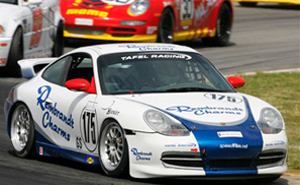 David Goes the Extra Mile for His Customers!

I decided to go with Llumar film, since my car being GPW and 3M had a little yellowish tint. I had this film over a year and I had no scratches, dints, or any problems with this product.

David's work was impressive and magnificent. I could not believe his level of detail and how he took great pride in his work. I was given a gift — a Mugen SS bumper. I took it down to SESM and it was destroyed from rocks and dirt. I had to repaint the bumper and this time I decided to go back to David at SpeedFilm. When I took it back to him, he again, surprised me with his 110% dedication to achieve perfection. The Llumar film I had, turned a little yellow so David replaced all the film with the new clear 3M film for FREE and I only had to pay for the Mugen (2 Fenders, 2 mirrors, and the hood). He worked all through the night and in to the early morning to get every corner and the underpanel — even behind the wheel. If you’ve seen the Mugen SS bumper or have one, you know what I'm talking about.

I want to thank David at SpeedFilm. He is simply the best in this business and I will recommend him to anyone who desires to have film put on.

Protects Against More Than Pebbles and Bugs!

When I bought my Panamera 4S, I was reluctant to buy SpeedFilm and actually waited a bit before I eventually added it. Not long after having the speed film installed, I was driving on 285 when a nearby truck threw off a retread from one of its rear tires. You can only imagine how hard it hit my car. It smashed into my speed film-coated front bumper, seemingly tearing and scuffing the bumper very badly. I had only owned the car a few months and thought I was facing having to spend thousands of dollars to replace the bumper. But, when I took the car to the SpeedFilm shop, the installer simply peeled back the damaged film from the bumper to reveal a perfectly preserved bumper. Other than a bit of dirt from the tire, the bumper was as good as new!

So, my suggestion to you is that you repeat this story for any client who is hesitant at all about spending the extra money for this product. It is a "must have" for any expensive automobile. It does a lot more than just protect against some road pebbles and bugs. 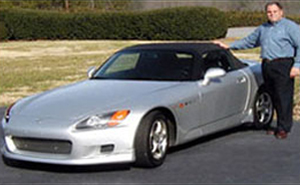 In October 2002, my wife and I bought a Honda S2000 and Odyssey at the same time. I noticed after a couple road trips that the S2000 was getting dinged up a good bit, so I called David Dearing at SpeedFilm and had him install one of their products. Last weekend I was cleaning up both vehicles and was amazed at the difference in wear. My S2000 was free of dings and scratches and the van was not. I could easily see a big difference. My wife is a bit upset with me because her van has a bunch of marks, scratches, and dings and my car is scratch free.

I cannot say enough good things about David Dearing! To me, he is SpeedFilm! He came to my house, entertained my kids while installing, and has come back a couple of times just to make sure I was happy with his work. I am very satisfied with the value I received. When I sell my car, all I have to do is peel off the plastic and reveal the new looking car underneath. I am sure this is helping me retain my car's value. I feel that I am taking care of my investment. I would recommend David Dearing at SpeedFilm to anyone who wants to protect their car/investment. 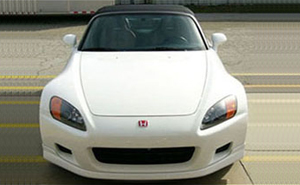 I have been to many shops for various parts to be put on [my car]. Since I am in the military and I move around a lot, I don’t have the tools or really the place to do things myself. I also do long sand to visit my friends and family during my vacations and my car was destroyed by rocks, sands, and bugs. So I decided that with my new car, I would spend some money on protective film. I was searching on an online forum and I found out about David Dearing at SpeedFilm. I have to say that out of all the shops I've been to, David was THE BEST. He even offered to buy me lunch!

He was so particular about everything. David fixed every little thing—to the smallest hair that might have been on the film. He will not stop until you are 110% satisfied. It takes a lot to make me say, "WOW," but he made me go WOW! He is AWESOME! If you're thinking about getting it done, you MUST go to David Dearing at SpeedFilm! 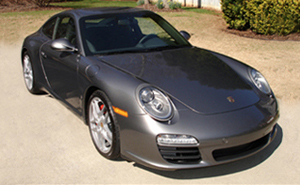 I recently purchased a 2009 Porsche 911 Carrera S and decided to make the investment to protect the paint on this vehicle. After reviewing several products and speaking to dealership personnel about the products being offered, one resounding individual and his company kept being recommended to me. This person was David Dearing and his company, SpeedFilm.

I initially had the complete front-end of my Porsche covered by SpeedFilm via David and his associate Jimmy, and have since utilized SpeedFilm again to further install pieces for both doors, as well as custom-built pieces by David for the A-pillars, sunroof, and roofcap areas of my vehicle. His ability to leverage his experience and his custom on-site software to design and create these custom pieces was truly convenient. In addition, his installations were timely and precise. Any minor follow-up areas that I wanted "touched up" were handled without any objections or schedule conflicts. "Customer Satisfaction" is truly his mindset and he treats his customers' cars as if they were his own and his professional installation efforts reflect this.

For anyone interested in applying paint protection film to their vehicles, I would look no further than David and his company, SpeedFilm. 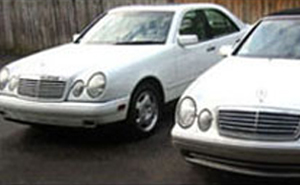 I have now installed three SpeedFilm kits and can't begin to tell you all the benefits. After purchasing a new 2002 BMW M3 and driving it seven months (about 7,000 miles), I noticed lots of rock chips on the front end. I traded that car in for a new 2003 model and, within the first week of ownership, I installed my first SpeedFilm kit on that car. I drove it 5,000 miles and never received a rock chip due to the SpeedFilm protection. I traded the BMW in on a new Mercedes CLK55 and immediately installed a SpeedFilm kit. Finally, last week, after repainting the front end of my 1999 Mercedes (fixing dozens of paint chips), I installed another SpeedFilm kit.

It is amazing that none of my cars now have rock chips and I drive on the highway daily. I can't say enough good things about the product, the protection they afford, and your excellent service! Thank you so much! 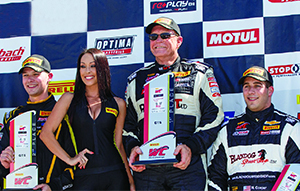 Service, quality and professionalism is the standard for David and his team.

I love Speedfilm and have been using it for years with great success! Service, quality and professionalism is the standard for David and his team. It protects so well, enhances the appearance and creates so much real cost saving I simply can’t afford not to use it. With Speedfilm I can run a full season and the cars always look great, without it after one race weekend the cars look terrible and need costly paint work. When the season is over I replace the Speedfilm only if necessary and keep running. It’s great stuff and I run it on all our cars street or track.